Research / Resources for students and educators 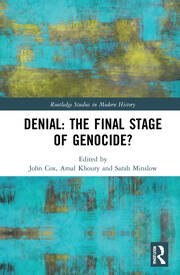 Denial: the Final Stage of Genocide?, edited by HGHR Center director John Cox along with Sarah Minslow and Amal Khoury, was published in September 2021. The book is based on our April 2019 conference and includes contributions from well-established as well as emerging scholars. Among other chapters and topics, the book includes:

Indigenous Genocide Denial and Settler Colonialism;
The Holomodor (Ukrainian famine-genocide) and Holocaust Memory in Competition and Cooperation;
Denial and the Duvalier Regime in Haiti;
Commemorating Seventeenth-Century Dutch Colonial Violence;
Soviet Denial of Murdered Jews’ Identity During and After WWII;
US warfare in Vietnam and "plausible denialibility";
Triumphalism: The Final Stage of Bosnian Genocide;
Denying Rwanda, Denying Congo;
Music to confront denial of the Armenian Genocide;
Gendercide and the Destruction of the Transgender Body;
Trauma-Informed Transitional Justice;
and "Is Denial the Final Stage? Consolidation and the Metaphysical Dimensions of Denial”

Our colleagues at Genocide Studies & Prevention are also devoting a special issue to the conference.

Structure of my project: I composed these three poems, each of which are followed by a short mini-relection. I have also included a longer reflection that intertwines all three poems to highlight the disconnect between these three parties and perspectives during the U.S.-Vietnam War. The language, the tone, the simplicity or complexity of the poems, and more has all been done with purpose. Some poems may seem less “deep” than others in language and tone but that has been done purposefully and I will explain my decisions below in each respective “mini-reflection.”

The conflict in Vietnam coincided with the Civil Rights Movement, which led many Black GIs to question their obligation to fight in the name of the government that oppressed them. The American war in Vietnam is also recognized as a conflict that disproportionately affected lower-income Americans, regardless of ethnicity. Less educated, working-class young men were unable to secure the deferments that spared middle- and upper-class whites from conscription. Yet, in the era of the conflict in Vietnam, one group that is often overlooked are Chicano and other Latino veterans. Due to the interaction of ethnicity and socioeconomic status, Chicano veterans and the Chicano Movement are essential subjects of study if we are to gain a fuller understanding of the Vietnam War and the revolutionary movements of the 1960s. Primary source accounts from Chicano veterans and activists form the basis for this essay.

Dr. Hikmet Karčić, Institute for Islamic Tradition of Bosniaks in Sarajevo, Bosnia-Herzegovina: Derviš Korkut, rescuer of the Sarajevo Haggadah. (May 2021)

The Sarajevo Haggadah is one of Bosnia and Herzegovina’s most famous cultural treasures. The story of how it was saved during the Second World War is one of the most intriguing told of that period, but the person behind the rescue tends to receive little attention.  The aim of this booklet is to contribute to the narrative by providing a first biography of the man who rescued the Haggadah, a man who lived in one of the most difficult times in Bosnian and Herzegovinian history.

Abstract: This research works to bridge the gap between the knowledge of social scientists in the field of genocide studies and that of computational experts. A thorough system-level description of the problem informs the implementation of an agent-based model (ABM) that simulates local interactions in a society composed of two identity groups. This model explores how dynamics between agents with different identities, ideology, influence, susceptibility, and threshold to act against those of a different group lead to the emergence of genocide. Early results indicate the model’s usefulness in revealing the underlying factors and thresholds of importance....

Indirect acts of resistance entail singular or collective efforts to avoid detection and to publicly present as heterosexual and/or cisgender. This covert form of resistance focuses on the survival of individuals under a regime which threatened their survival, physical safety, and psychological integrity. LGBT individuals engaged in self-preservationist tactics and communal efforts that indirectly challenged Third Reich national policy and operations regarding homosexuality. These methods of preservation include “passing” according to popular volkisch heteronormativity, maintaining communities, and retaining personal autonomy…. The goals of many German LGBT during this period were not to overthrow the Third Reich, but to ensure survival, self-preservation, and the maintaining of queer communities.

Abstract: I argue that Indigenous genocide denial allows for the continuation and emergence of settler colonial ideology, processes, and practices. Decolonial and sovereignty efforts that emphasize Indigenous cultural resurgence are essential to challenge the internalization and naturalization of settler colonial ideals. While external modes of colonialism include the removal of Indigenous peoples from their lands and the recasting of Native bodies and land as resources to be exploited, internal modes include biopolitical and geopolitical methods of control, such as schooling, criminalization, segregation, and minoritizing (Tuck & Yang, 2012).

Additionally, I argue that heteropatriarchal ideals have been internalized and naturalized within Indigenous communities. The presence of homophobia, transphobia, and sexism within Indigenous communities demonstrate the pervasiveness of settler colonialism. Finally, I argue that cultural resurgent decolonial and sovereignty efforts challenge the internalization of settler colonial ideals by revitalizing Indigenous cultural traditions that accept gender and sexuality diversity and emphasize the power and authority of women.

Abstract: The UN Genocide Convention is now 70 years old and more than ever is in need of revision. My paper offers a comparative analysis of genocidal violence against LGBTQ+ people in Chechnya and against Rohingya Muslims in Myanmar, and I argue that these cases demonstrate the need for an updated and expanded definition of "genocide." 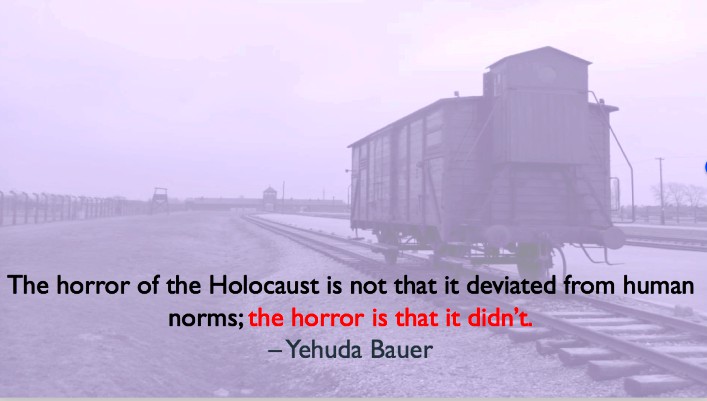 Where to publish your work: Student journals

Dr. Jones is working with the Center on a co-edited genocide-studies reader that will include sections on, among other topics, Imperialism, and Colonialism; Religion; Judeophobia and Islamophobia; Fascism; Poverty, Structural Violence, and the Environment; Psychology of Perpetrators and Rescuers; Gender, Rape, and Genocide; Interventions and Aftermaths; and Cultural Legacies.

Dr. Karčić is working with the Center on a research project titled "Anti-Nazi resistance by Bosniak Muslims during the Second World War" and a biogaphy of Derviš Korkut, rescuer of the Sarajevo Haggadah. 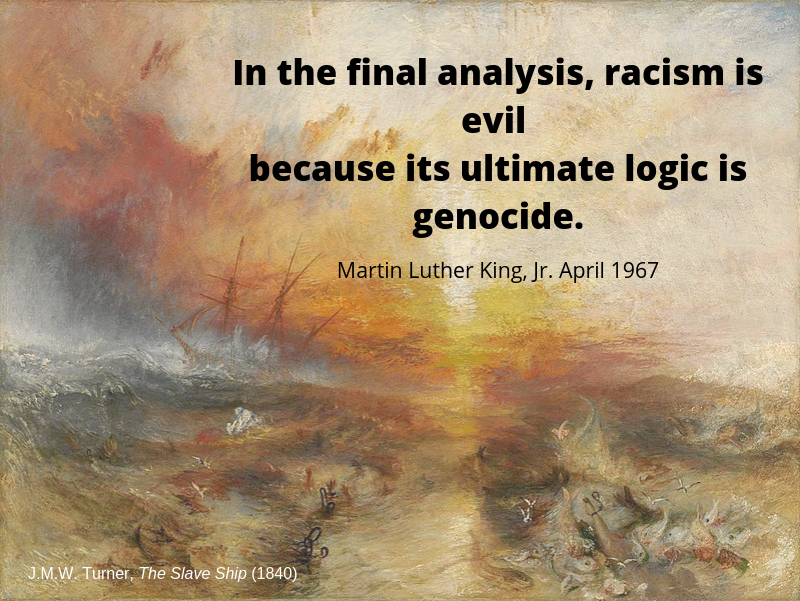 Resources for Educators and Students from the Univ. of Minnesota's genocide-studies center

Teaching resources from the US Holocaust Memorial Museum (USHMM)

"5 Tools for Teaching about Genocide": Facing History and Ourselves

Holocaust and Genocide Studies (published by the USHMM)

Bibliographic essay on genocide historiography, from John Cox, To Kill a People (2017)

Sonoma State University's library has put together this collection of resources

Not updated as often, but nonetheless this is a good collection of genocide bibliographies