Over the weekend of April 13-14, our Center for Holocaust, Genocide & Human Rights Studies hosted its first in a series of international conferences, “Denial: The Final Stage of Genocide.” The conference, held at UNC Charlotte’s Center City, brought together more than 100 scholars, activists, educators, and students to discuss origins, significance, and potential responses to official and popular genocide denial throughout the world. Given the contemporary rhetoric of “fake news” and the increasing avenues for almost anyone to share or promote stories without factual underpinning, the need to confront genocide denial is more urgent than ever.

“When we announced this conference last summer,” said John Cox, Director of the Center for HGHR Studies, “we sought to make it ‘international’ and to attract proposals that go far beyond the most well-known examples of denial,” the Holocaust and the Armenian Genocide. “But we could not have imagined how successful we would be.”

The conference attracted scholars and activists from around the world. Speakers from more than 14 countries, from Guatemala to Brazil to Nigeria, and from Bosnia to Armenia and Kurdistan to India, spoke on a wide array of topics, including:

The conference’s keynote speaker was Lerna  Ekmekçioğlu, hIstorian of the Modern Middle East at MIT and author of Recovering Armenia: The Limits of Belonging in Post-Genocide Turkey (Stanford University Press, 2016). Henry C. Theriault, Ph.D., President of the International Association of Genocide Scholars, delivered a closing keynote address, "Is Denial Truly the Final Stage? Consolidation and the Metaphysical Dimensions of Denial."

A book will be published next year composed of twelve chapters from the conference (Denial: The Final Stage of Genocide? Routledge, co-edited by John Cox, Amal Khoury, and Sarah Minslow). 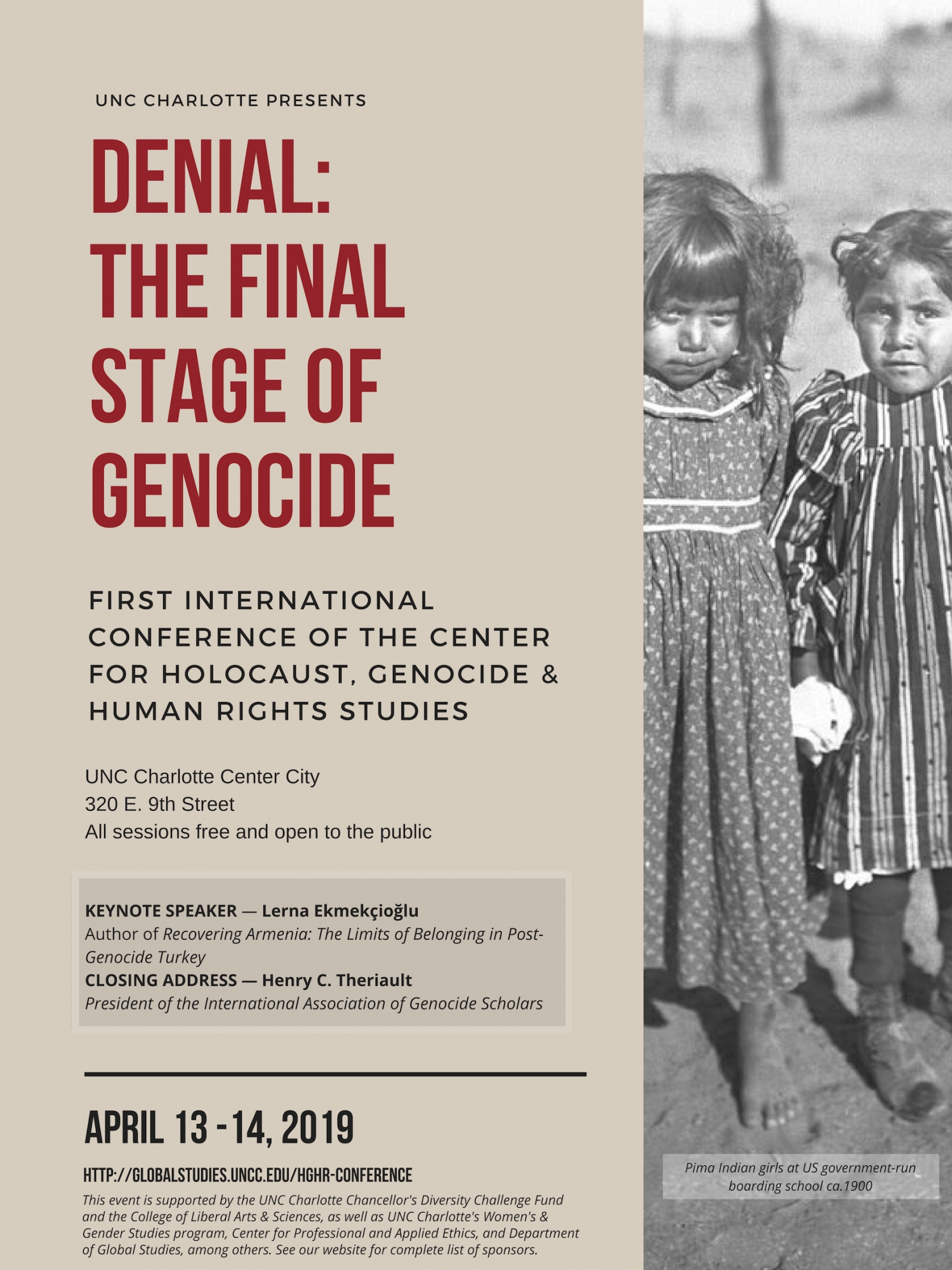